SYDNEY, GET READY TO SCREAM! 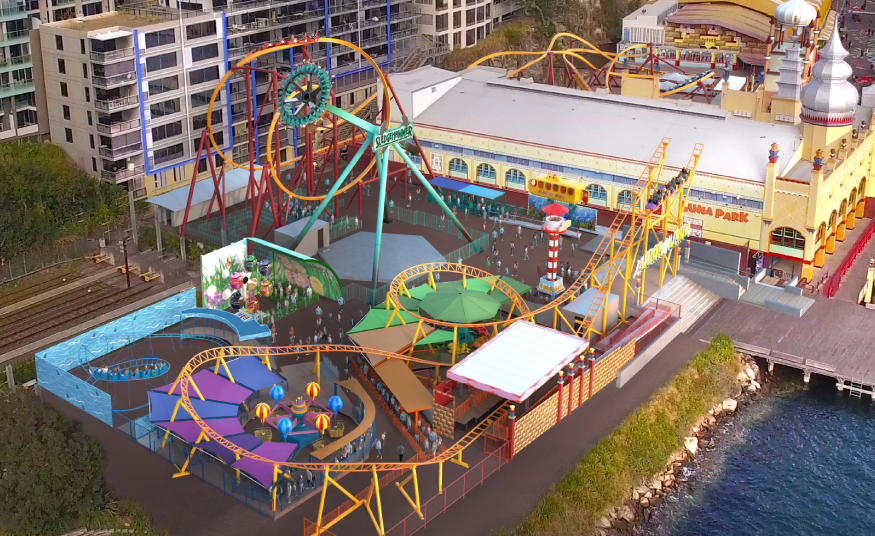 Luna Park Sydney has undergone one of the biggest upgrades of any Amusement Park in the world and you can expect thrills and surprises that'll turn your day into a real-life game including the Big Dipper, Boomerang, Little Nipper and Wild Mouse. There's not only heaps of new rides for kids, we've made sure there's room for adults to join in the fun. So whether you're swinging and swaying on Silly Sub, up the magic spinning hot air balloon ride Cloud 9, leaping on the Freaky Frogs, feeling the big drop of Loopy Lighthouse or riding in the colourful Bug Ferris wheel, you can all do it together as a family.
A world of excitement is staring you right in the face. And what a face it is!

No other Amusement Park anywhere in the world has that view. Day or night, Sydney turns it on, and we turn it up a notch.

If you take fun seriously, Luna park Sydney is the place for you.
In addition, Luna Park has released a new Annual Pass which now comes with so much more than unlimited rides all year round as it includes an AUSTRALIAN FIRST amusement park loyalty program aptly named ‘Luna Perks’.

For just $199, for the first time, every Annual Pass holder has exclusive access to all kinds of amazing bonuses that nobody else gets. https://bit.ly/lunaparkjune2021

Head to a gig and make a new best bud
Gig Buddies matches up volunteers that enjoy theatre, art or music with a person with a...